Inspiring Stories of Everyday People Who 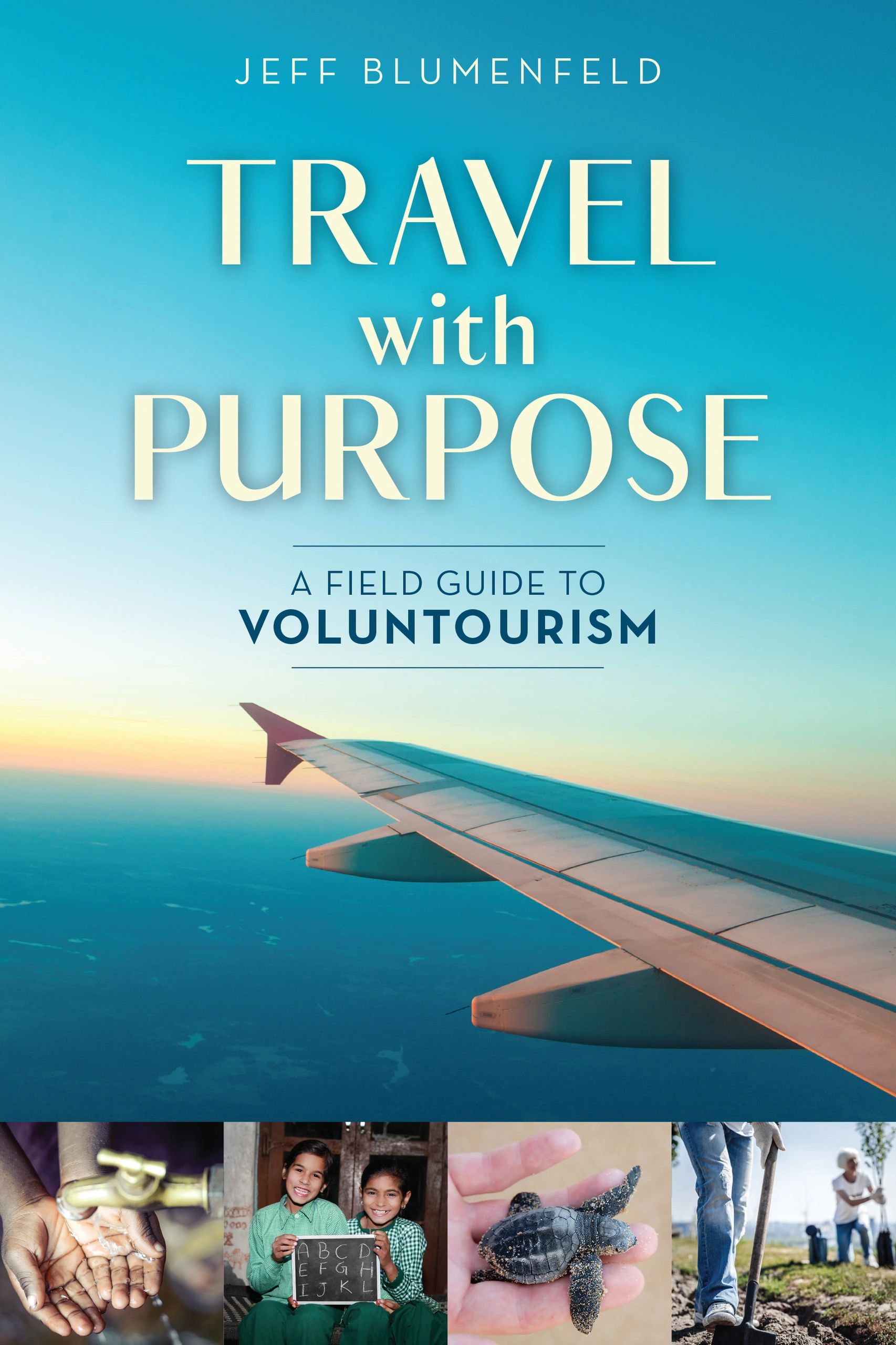 Travel is now more open to a greater number of people than ever, and travelers are often looking for new adventures and experiences. And yet with crises developing constantly around the planet, many travelers want to explore the world and do good at the same time. This book shows them how.

You don't need to be wealthy to travel to foreign lands to volunteer; you may not even have to go to foreign lands, as opportunities exist within your own state or province.

TWP shows you how to identify the right location and volunteer situation, how to go about planning trips and preparing for activities, how to reach out, how to help.

Through vivid examples and first hand stories from both recipients of volunteer work and the volunteers themselves, Travel With Purpose may make you rethink your next vacation.

Jeff Blumenfeld is founder and president of Blumenfeld and Associates PR, LLC, a public relations and adventure marketing agency based in Boulder, Colorado. In 2013 and 2017 he served as communications director for Dooley Intermed International’s “Gift of Sight” Expedition to Nepal ­– an effort to deliver badly needed quality eye care to 700 impoverished villagers.

Blumenfeld is editor and publisher of Expedition News which for 25 years has covered  adventure marketing. He is a fellow of both The Explorers Club and Royal Geographical Society. He also serves as The Explorers Club's Rocky Mountain chapter chairman.

"Every traveler can benefit immensely by lending a hand to local  organizations wherever they travel for business or pleasure. Travel With  Purpose explains how to do this most effectively and with passion.  Don’t miss this book!"  – Barbara Corcoran, Real Estate Expert and TV Personality

"There’s no better education for a child than travel that provides a glimpse at how other people live their lives. Travel that also involves volunteer work is perhaps the best of both worlds. As Travel With Purpose shows, voluntourism can expand horizons, and build an important bond between parents and their sons or daughters." – Rainer Jenss, President & Founder, Family Travel Association


Become a "small part of the solution"

"Whether for an hour or two, a day or a week, Jeff Blumenfeld’s Travel With Purpose  explains how any traveler can give back to the local communities they  visit, anywhere in the world. The experience turns you from an everyday  tourist into a small part of the solution to some of the globe’s most  pressing challenges." – Richard Wiese, President, The Explorers Club, New York City

When Temple Sinai in Stamford, Connecticut, decided to fundraise for and help with the first week of construction of a new school in Senegal, Bob Dorf, nearing 70, knew in his heart he had to be part of the effort. Along with eleven fellow congregants – including the Temple’s Rabbi – the crew flew to the African country of Senegal, one of the economically poorest countries in the world. BuildOn.org, which establishes new schools in half a dozen of the world’s poorest countries, will build 40 schools in Senegal this year, and Dorf was on hand for the year’s first.

Dorf didn’t realize two things before he left: how warm the welcome would be, and how “rustic” the living conditions would be during his six-day stay.

No electricity. No air conditioning or fans. No running water. Nighttime temperatures of 90 degrees F. Thin mattresses. And lots of livestock around to be sure you woke up on time. Still, he reports his week as a voluntourist provided him with a deep appreciation for how these warm, wonderful people live, and the importance of an education to improve the future prospects for their children, some of whom had never seen a school – or a white person – before.

Dorf, a leading start-up business trainer and author, has long been active in temple affairs and thus wanted to support this new initiative, which has since served as a template for future support of BuildOn.

“Rather than a ‘one and done’ project, we expect this will be the start of a long-term relationship with BuildOn,” he tells us, as Temple Sinai of Stamford begins mapping plans for trek number two.

“The BuildOn organization, its experience, and their amazing, dedicated staff made it easy: they helped each of us set-up a fundraising page. We were all required to raise at least $3,000 each, plus pay for our own travel. I decided to personally match whatever I raised from friends and family, who were generous with their support and encouragement.”

Dorf continues, “BuildOn met our plane, provided local transportation, cooked our food, provided translators – since I was a bit rusty speaking Wolof, the local lingo – and arranged our sparse sleeping accommodations. More importantly, their professional construction team managed our unskilled labor, along with 30 volunteers from the community, since none of us knew how to build a solid school building that would serve generations of young Senegalese students.

“The work was hard, but gratifying. We carried buckets of water, sand, and cement for skilled masons. We wired up rebar to reinforce concrete, created cinderblocks and dug trenches for four hours a day,” Dorf reports.'

“The locals couldn’t have been nicer. They greeted us with warmth and love you wouldn’t believe. We ate with them, held discussions, even danced with them as they showed their appreciation for our efforts.”

According to the BuildOn website, Senegal currently ranks 162nd out of the 187 countries on the UN Human Development Index, and the literacy rate in Senegal is just 43 percent. BuildOn.org works in Africa and South America to empower rural villages to break the cycle of poverty and illiteracy by constructing schools with the local community members.  All together, they’ve built more than 1,500 schools in 26 years since founding.

Once a school is complete, BuildOn staff closely monitor and evaluate its success.

Its sustainable approach ensures that schools are built with a community rather than for a community. It positions villagers as true partners, not recipients of aid.

Dorf adds, “It was incredibly inspiring, a volunteer project I’ll remember the rest of my life. And I survived goats twice…the pair that woke me every morning and the barbecued one we had for dinner one night.”

Hundreds turned out when Dooley Intermed ophthalmologists traveled to Nepal in 2017 to cure blindness. Read more about the trip in Travel With Purpose.